This week Black Perspectives held an online forum, hosted and organized by Keelyn Bradley, on the 30th anniversary of Marlon Riggs’s searing documentary Tongues Untied. My post in the forum is “Black or Gay: Meditations on Tongues Untied at 30.”

In my first article for The North Star I wrote about John Singleton’s college film Higher Learning and how it is relevant to current conversations about race and higher education.

(The North Star is a pay-walled publication, but they do offer a free trial option.)

I wrote this back in 2010 as part of an article on academic films for The GC Advocate.  I’m reposting this (lightly revised) excerpt in memory of John Singleton who passed away today at age 51 after suffering a stroke.

If you haven’t seen Higher Learning in a while, it’s worth another look. The film captures so many topics in higher education that have only grown more prominent in the subsequent years.

Peace to John Singleton. Condolences to all who knew and loved him.

Higher Learning, directed by Boyz n the Hood director John Singleton, is an ensemble drama set in the fictional Columbus University in California. The film takes an everything-but-the-kitchen-sink approach to campus issues including such hot button topics as alcoholism, date rape, homosexuality, racial balkanization, affirmative action, and the exploitation of college athletes. Ice Cube’s performance as the black militant Fudge (replete with Afro and fist-pick) was especially inspired. Fudge is a proud autodidact who thumbs his nose at the educational establishment and embraces knowledge as a tool of liberation rather than a ticket to a job on the white man’s plantation. In many ways his depiction is, right or wrong, a representation of the chip-on-their-shoulder arrogance that some attribute to black students on majority white college campuses in the affirmative action era. Fudge revels in the role, and pushes the envelope by antagonizing his white classmates with all night parties, and lecturing the young track star Malik Williams (Omar Epps) on how he is being exploited for his athletic talents. Michael Rapaport plays an awkward white kid from Idaho who is out of his depths at the school and gets taken in by Neo-Nazis who teach him of his true identity as a white male victim of multiculturalism run amok. The shooting spree that ensues hits a little too close to home given the spate of recent incidents of gun violence on college campuses and beyond. But then again, it’s just another example of John Singleton having his finger on the pulse of what’s happening in the nation.

See the rest of the list at “The University on Screen: The Top 10 Academic Films” 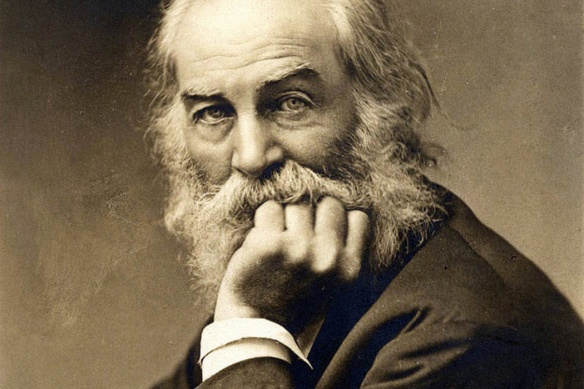 I have a new piece out for National Poetry Month on JSTOR Daily about Walt Whitman, black writers, and the upcoming 200th anniversary celebrations of his birth.

Should Walt Whitman Be #Cancelled?