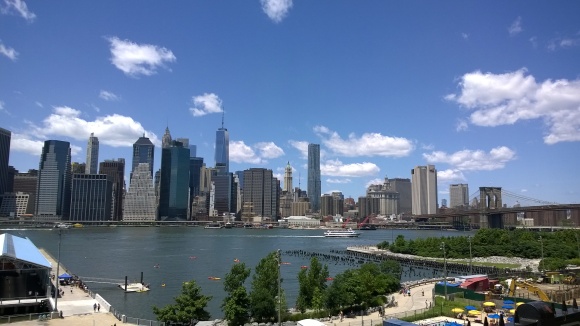 It’s been a month since I’ve updated the blog. For the last month or so I’ve been immersed in other writing projects. I submitted an article to a scholarly journal, I’ve worked on another creative project, and I spent a couple of weeks heavily immersed in studying The Brooklyn Bridge and Brooklyn Heights in order to lead a new tour that I just started last week. Through this process, and through observing how some other writers and academics use social media, I’ve learned that I’m just not very good at sharing my work-in-progress. From my observations, it seems that the most effective academic and literary social media users are those who can constantly update about what they are reading and writing. I just can’t do that. I’ve found that posting about my research online while I’m working on it can be a distraction for me until I get it into some kind of concrete form. It involves too much distraction in the way of other stories and controversies flooding my attention. And I’ve found that when someone actually does take an interest in my work, that can also sometimes bring on more obligations to interact. Furthermore, there are times when I just don’t want the whole world to know everything single thing that I’m doing and thinking, an attitude which seems increasingly quaint these days, and an attitude which, I believe, will eventually be seen as passive-aggressive and threatening. (“What are you hiding???!!! Why don’t you want people to know where you are and what you’re doing???!!!”) 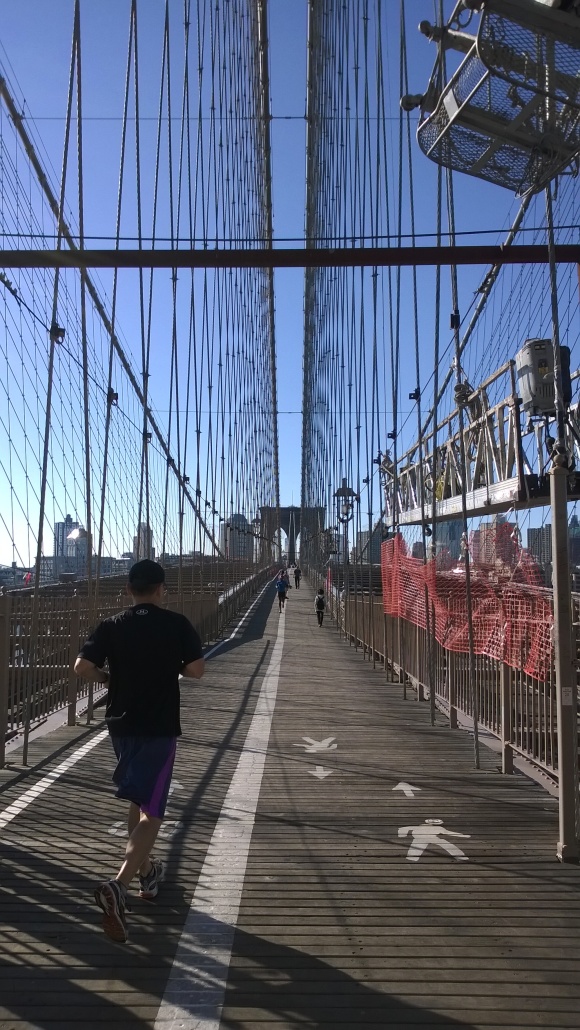 My Brooklyn Bridge study has been instructive. I now have a two-hour tour that I feel fairly confident about, but it took a while to get there. I’ve been working on this for a while, but I really committed myself to it in the two weeks leading up to my first tour on July 8. I read David McCullough’s The Great Bridge, studied the internal scripts from my company, watched the Ken Burns documentary a few times, and consulted other books on the subject so that I could at least bluff my way through the engineering and architectural parts. I wrote a script, edited it, and then pared it down to two compressed pages that I can carry with me and consult on the tour route for facts, dates and quotes. And I’m still working on editing the script. I’m always adding and subtracting from tours. They’re never really “finished.” All along I felt little inclination to share all this information online, until now. 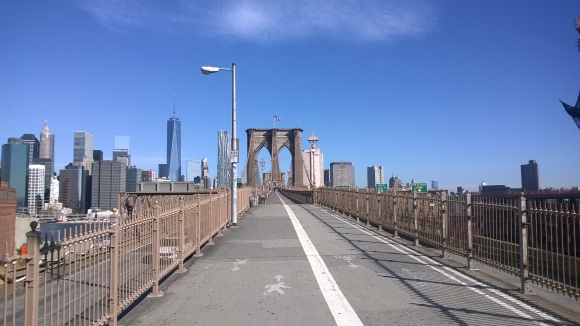 I’m not even sure how much longer I’ll do the Bridge tour. The fall approaches and I probably won’t be doing tours that much after August. (More about that later.) But the information has been helpful. Even though I knew that my tour guiding career might be winding down this summer I wanted to learn this tour because I thought it might be helpful with other research and writing that I’m doing. Studying for this tour sent me back to Samuel R. Delany’s novella Atlantis: Model 1924, which contains scenes on the Brooklyn Bridge, including an imagined meeting between the main character, Sam (based on Delany’s father), and the poet Hart Crane. I published a short article about Delany’s Atlantis in The Annals of Scholarship issue on Delany’s work, “Cruising the Disciplines.” (Which, unfortunately, is not available online, but can be ordered here). There are other literary connections to this tour as well, including Arthur Miller, Truman Capote, Norman Mailer, and Walt Whitman, all of whom have points of contact in Brooklyn Heights.

So I’m not sure what this all means for the writing part of my career. I wish I were better at doing that sort of sharing because it would probably mean a better online profile for me. But I can’t help it. I just find too much digital engagement a nuisance when I’m working on a piece of writing. I’d be much better off if I were able to tweet and blog about every book and article I’m reading and every film I’m watching, and then collate all of that into longer pieces of writing, but my mind doesn’t seem to work that way. So, the best I can do are these periodic updates about what I’m working on. Maybe I’ll get better at it as time goes on.

Note: You can watch Samuel Delany reading from Atlantis: Model 1924 and other writings in this series of videos filmed at Judson Memorial Church in 1999, originally released as Atlantis and Other New York Tales:  https://www.youtube.com/playlist?list=PLC293E246B84BFC3D

2 replies on “On Blogging and the Brooklyn Bridge”

I have the same kinds of feelings and thoughts about posting online, particularly about the work I’m doing. Glad to hear about your work!

I guess it’s all relative. In a conversation with a friend recently I was taken aback when he said he thought of me as a productive blogger. I’m like, dude, not at all. I think we have to do what works for us. You have a book out now, so obviously you’ve found a way to cross the finish line. I do think it has been worth the time to engage online even if I’m not very good at it. I should probably do it in a more organized and structured way than I’m doing it now. But I’ve certainly made some great connections this way. Just this week I’ve corresponded with two other academic novel critics who found me from this blog. I know I have to find a way to pick up the pace and get some more “formal” academic writing finished though, including this book project. I’m working on it.