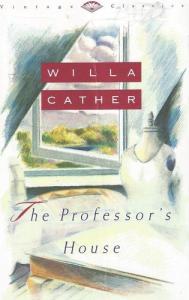 Here is a very rough bibliography of critical works on academic fiction. I thought this could be a way to do some productive crowd-sourcing, while hopefully contributing something useful to others who might be interested in this genre. My plan is to update this list with new sources as I find them.  So please consider this a work-in-progress rather than a fixed authoritative bibliography. And if you have any suggestions, feel free to drop me an email or leave a message in the comments.

I should also mention that this list includes some critical works on academic films which I was not aware of when I wrote my “Top 10” articles on academic films.  I’ve noticed that I have received quite a few hits on those particular posts.  If anyone is interested in finding more academic films and a deeper analysis of academia on screen, John Conklin’s Campus Life in the Movies is a particularly helpful resource, with a far more extensive listing of films than the ones I posted in my articles.

Conklin, John E. Campus Life in the Movies: A Critical Survey from the Silent Era to the Present. Jefferson: McFarland, 2008.

Dougill, John.  Oxford in English Literature: The Making and Undoing of the English Athens. Ann Arbor: University of Michigan Press, 1998.

Fullerty, Matthew H. G. The British and American Academic Novel. The “Professorromane”: The Comic Campus, The Tragic Self.  Diss. The George Washington University, 2008.